A young man experiences the fulfillment of this sexual fantasies in an interactive cybercabin. They are fetishes revolving around feet, sport-socks, sneakers and boots. He can order these objects by accessing the “feel it” mode on the screen. There is also the possibility for him to beam himself into the movie clips that are being shown in order to have sex with the sports – or armystyle clad of young men. Thus he witnesses firsthand how an apprentice is forced to caress the feet of his boss, who later on during this encounter pours beer over him. While the apprentice has to suck the coworkers penis, his other colleagues fondle him with their feet, which are covered by thick white and grey socks.

Sneaker Sex I kick it, feel it, kick it! DVD: 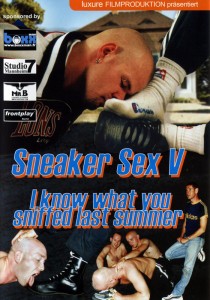 Sneaker Sex V I know what you sniffed last summer 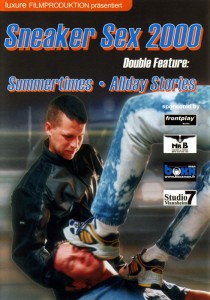 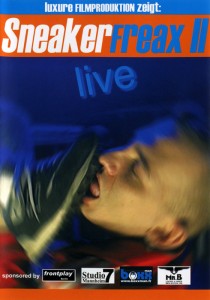 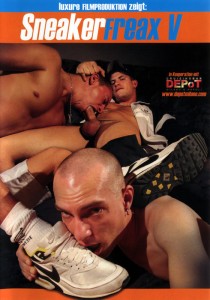 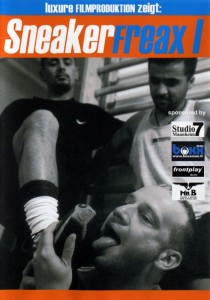 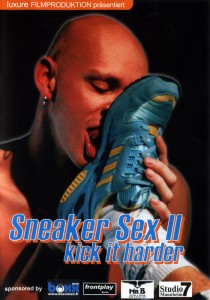